Perhaps the classical music world has taken the entirely wrong approach to selling recordings; perhaps the reason they don’t turn a profit is because they’re significantly underpriced. Maybe we should be charging way more—like, three-figure prices per copy. And no, I’m not talking about charging extra for value-added stuff like boxed sets or exclusive tracks, I’m talking about, “Hey, this recording is awesome, so the price is $150.”

Hear me out before you dismiss this as crazy. Inevitably we’ll sell fewer copies if we set a higher price point, but that might not be harmful. In fact it might be a good thing.

I stumbled upon this idea more or less by accident, thinking about how Spotify and Youtube and other online technologies are changing society’s musical tastes. It struck me that the way tastes are changing seems to parallel the rise of the one percent. That in turn got me thinking about the culinary arts (no surprise to anyone who knows me) and how the situation for chefs compares with that of musicians, then bam! Epiphany: we should charge more for recordings!

How musical taste tracks the rise of the one percent

We live in a time of tremendous musical variety. No longer do you have to choose between classical and jazz, or bebop and swing, or punk rock and new wave. You can now easily immerse yourself in any musical subgenre imaginable. Want to listen to pre-WWII country blues? Medieval European motets? Traditional pansori singing from Korea? No problem, you can find all of these and more online—often for free.

You might expect this cultural buffet to have gradually raised the societal musical bar, but you’d be wrong. Statistics on listening trends paint the opposite picture. Over the past 10 years, we’ve actually seen a 100% decrease in the number of unique songs played on Top 40 radio stations each week, an increase in musical similarity between the most popular artists, and a corresponding concentration of societal attention on an ever-shrinking handful of superstars. Musical connoisseurs have certainly expanded their palates, but most of the listening public has chosen to retreat toward the familiar instead.

It’s not that we’re living in an uncreative time—I’d say we’re actually enjoying unprecedented musical innovation—it’s just that most listeners aren’t participating. Technological advances in recording and distribution have flung open the doors to humanity’s rich musical heritage, and they have fueled a potent cultural exchange between artists and music lovers. But any powerful technology is a double-edged sword. These tools have also made it easier for superstars to conquer wider swaths of the listening public, corralling society’s dominant musical tastes toward a global standard of sameness.

I’m not the only one who’s noticed that pop music is becoming more similar.

Composers vs chefs: two approaches to the same problem

In certain respects, the situation in music parallels the restaurant business: industrial fast food still feeds the most restaurant-goers by far, especially when you look at growth in the developing world. But as in music, there has also been an explosion of culinary innovation. A coterie of haute cuisine chefs have captured the imagination of foodies, and a privileged minority of well-to-do connoisseurs now indulges in the finest array of culinary virtuosity the world has ever known.

Where music and cuisine diverge, however, is in people’s willingness to pay. Perhaps because food is a physical thing, it’s not that preposterous—at least among a certain set—to pay $200 for a prix fixe meal and $300 for a bottle of wine. Yet foodies know they’re not paying these prices for raw materials alone. While the top-shelf ingredients of a Michelin-starred restaurant do cost more than their factory-farmed counterparts, nobody who eats at the French Laundry is under the illusion that Thomas Keller subsists on the razor-thin profit margins of the fast food business.

In music, for some reason, we don’t follow this model. In music, there is no difference in pricing between “fast food” and “haute cuisine,” especially when it comes to recordings. An album of new classical compositions (or your preferred form of art music) still sells for the Taylor Swift price of $10–$15 per copy or $0.99 per track, which is the equivalent of trying to price molecular gastronomy to compete with a $5 value meal. There’s simply no way to not lose money doing this: the resources, talent, and expertise required to produce a top-notch album for an art music audience don’t make economic sense until you get to that $300-a-bottle price point. Perhaps then we should stop trying to compete with the musical equivalent of Bud Lite.

As recording and distribution costs have fallen, we’ve seen parallel downward pressure on price. But there is no fundamental reason that prices had to come down; that was a decision made by the music industry (under pressure from the tech industry). Presumably, the financial rationale for lowering prices is that if music becomes cheaper, listeners will buy more of it—and hopefully more of your music in particular—enabling profitability with tighter margins. However, lowering prices also transforms the nature of music, making it more disposable: instead of collecting recordings, people consume them. Listeners no longer value recordings the way they used to, because they never have to make any effort to find them—like coat hangers in the closet, they’re always just there.

We have long since passed the point where competing on price makes economic sense for musicians. In today’s world of low-margin music recordings, the sales figures of an individual artist have virtually no chance of hitting the profitable level (with a few superstar exceptions). Even the collective catalogues of record labels aren’t always enough to make the math work. No, when it comes to price competition, all the action these days is with Pandora, Spotify, and the other aggregators who are combining significant portions of humanity’s total musical output into a single, massive revenue stream. The problem is, a handful of these aggregators can serve the needs of the entire planet. What about everyone else working in music?

Cue the tech pundits who argue that recordings should be viewed as a loss-leader, as a marketing tool to help generate live shows. Sorry, no. That’s always been a terrible solution. For starters, live shows aren’t exactly lucrative. And not all musicians make the kind of music that lends itself to live performance, let alone nonstop touring.

So what’s the alternative? We can compete on quality instead of price. That’s what the modernist chefs have done, after all. If you charge a three-figure price for your album, you might sell fewer copies, but the wider margin might make it possible to turn a profit. Who knows, you might even sell more copies than you would have otherwise if the price of your album becomes a mark of prestige in and of itself. Hey, it works for designer handbags… 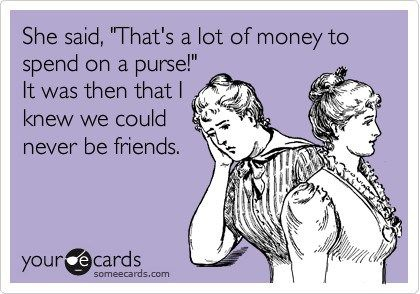 Either way, competing on quality gives you an important advantage: a shot at actually making money at the sub-mass-market level. Which is a good thing, because there is a lot of great music that might appeal to 20,000 people but not to 20 million.

The psychology of music sales

For the vast majority of people, a higher price signifies higher quality, especially for items that aren’t utilitarian, like jewelry or fashion or art. Books on sales psychology are filled with stories of underperforming merchandise selling like hotcakes after the price accidentally gets jacked up. There’s no inherent reason this logic couldn’t work with music recordings too.

In fact, if enough artists followed this path, we might be able to shift the collective thinking about the value of music in society, reclaiming some of the attention away from the disposable superstars. After all, this seems to be happening in the world of food, where haute cuisine chefs have attracted the interest of the general public and spawned a plethora of knock-on cultural effects: the rise of amateur food blogs, a renewed focus on quality ingredients, an invigorated culture of dinner parties—even the “fast casual” chains that are slowly chipping away at the burger-and-fries hegemony.

Sure, there’s no guarantee this approach will work for us, but there is a precedent for high-margin sales in our art form: the tour t-shirts, branded keychains, and other paraphernalia grouped under the umbrella of “merch.” And merch is so tacky! It’s the musical equivalent of the dingy tourist gift shop. It would be great to have an alternative high-margin offering, one that better reflects the value of music and doesn’t encourage people to buy worthless junk destined to end up in desk drawers or landfills.

Of course, higher prices come with certain trade-offs: greater incentives for piracy, affordability problems for lower income listeners, the need to confront issues of class in music (though that’s a conversation we should be having anyway). And just as not every modernist chef succeeds, nor will every expensive album. Still, in our world of infinite variety in all things, I don’t see why one-size-fits-all music pricing has to be sacrosanct. Why shouldn’t it be possible for a range of album prices to coexist and to serve the needs of different types of music?

It’s also worth pointing out that higher prices are obviously not a solution for all the problems of the music industry. This approach only works for recordings that have limited mainstream appeal but an enthusiastic niche audience (i.e. “art music,” however you want to define it). We’re talking about a market entirely separate from the one Jay-Z is targeting with his new, premium-priced streaming service Tidal.

That said, I’m genuinely excited about this idea, and I’d be very curious to hear from anyone else out there who has experimented along these lines. In my own compositional career, I haven’t placed a lot of emphasis on commercial recordings—given the effort and expense, there are plenty of more cost-effective ways for me to share my music with the world. But I might be in the process of changing my mind. This high-margin approach could be the way to make a recording project worthwhile for a classical composer in the twenty-first century.

Are Unions Relevant to New Music?
Is gentrification good for artists?
No seriously, there's no such thing as arts entrepreneurship