I read a great book recently, Why Nations Fail by Daron Acemoglu and James Robinson, which is essentially this fantastic global theory of poverty and progress that works flawlessly across all of history and the world. One of their key concepts is creative destruction, the idea that any innovation that improves living standards (e.g. printing press) destroys what came before (e.g. demand for hand-copying), which leads to conflict because some other group will have an interest in maintaining the status quo (e.g. scribes).

That’s also basically the story of experimentalism in music, so I began to wonder how far the parallels go. Well, upon reflection, it seems to me that there’s a biologically determined limit to this process as it applies to art, and this inherently creates a limit on experimentalism itself. We’ve reached that limit. It’s no longer possible to be an experimental artist in the true sense of the term.

Experimentalism in the Past

Looking back at music history, experimentalism closely models creative destruction, because it arose as a reaction to a musical establishment and a hegemonic set of tastes that were shared broadly by the powerful classes of society. From roughly Debussy to Steve Reich, composers considered experimental in their times did things that led to booing and tomato-throwing but that eventually made it into the mainstream.

We can go back even further if we want. The history of Western music from roughly 800–1950 was one of some aesthetic advance (music notation, polyphony, counterpoint, equal tempered tuning, etc.) largely replacing what came before. Don’t get me wrong—I absolutely love just intonation, Machaut’s harmonic structures, the sound of baroque instruments, etc etc—but this is about the dominant musical aesthetic, not the entire spectrum. People (including me) still bake bread from their own wild yeast starters, but the vast majority of the bread-eating world now consumes loaves made in large commercial bakeries. That’s what we’re talking about here.

Largely, the experimental composers of the past succeeded in destroying the dominance of the aesthetics that came before them, and eventually their innovations were picked up by the establishment. Yet the masses stopped picking up their innovations at some point in the 20th century. We see adoption to some degree with Debussy and the impressionists, but nothing from the Second Viennese School onward has widely transformed musical tastes—even Bartók is too abstract for the majority of listeners.

Instead, as experimentalism progressed in the Western classical tradition, the tastes of society gradually shifted to non-classical forms. This suggests that experimentalism wasn’t meeting most people’s musical needs, despite the teleological arguments of the modernists. In “textbook” creative destruction, the innovation (the “spinning jenny”) is initially resisted by powerful interests (the monarchy), but eventually makes another group too powerful to resist (the textile merchants).

In music, the 19th-century classical establishment was generally revered, experimentalists eventually blew open any concept of what classical music means, and the kinds of people who previously revered the genre gradually shifted their interests to pop music. Perhaps 20th-century experimentalism didn’t innovate in the way its practitioners thought it did. 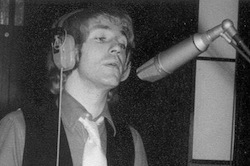 One area of music where true experimentalism (a.k.a. creative destruction) continues to play a role is music technology. After all, how many people do you know who play a Mozart-era pianoforte? Disruptive music technologies have materially changed the kinds of music we listen to, because of course Brahms wouldn’t make much sense on Mozart’s piano.

To take another example, operatic singing technique evolved as a solution to the problem of projecting the human voice to a large audience, as Hans Abbing discusses in depth. Operatic singing works quite well, but it’s impossible to argue that amplification doesn’t work better. Yes, amplification changes the nature of the sound, and it preferences certain singing styles over others, so there are still good reasons to learn to sing operatically. But for the vast majority of the population, amplified singing has more or less replaced operatic singing.

Not only that, it has changed the ways we use the voice in music generally. From the jazz crooners of the ‘40s to the growl of Leonard Cohen or the lyrical screams of singers like David Longstreth, you can make many more kinds of music with amplification that you can acoustically. (Amplified singing also has economic advantages, which is Abbing’s argument—stadium-sized rock shows wouldn’t be possible with an acoustic voice.)

This doesn’t mean that every music technology transforms the aesthetics of music just because the transformation is possible. The theremin remains a niche instrument, and the aesthetics of the tape music of Karlheinz Stockhausen or Pierre Schaeffer have never gone mainstream. So technology can serve as a catalyst for aesthetic change, but it can’t be used to force a shift.

Music as a Paperclip

A while back I read a short history of the paperclip in Slate, which sort of explains why this is the case. The industrial revolution led to the invention of modern bureaucracy and the new problem of having to organize large collections of documents. A range of approaches were tried, some better than others, and there was no clear winner for much of the 19th century. Then the modern paperclip was invented around 1900. It was an overnight hit, and it’s been the removable paper fastener of choice since then. Other people have tried to improve it, but these value-added paperclips have never caught on.

That’s because people don’t like advances for their own sake, they like advances for the sake of improving their quality of life. The old paperclip is “good enough,” and very few people will have their lives improved in any material way by upgrading. It’s very possible for most people to upgrade their aesthetic musical experiences, but the return on investment is too low to make it worth their while. That’s also why the tomato throwing has disappeared. Audiences intrinsically know that abstract, difficult music poses no real threat to the musical aesthetics they cherish. Before recording technology, the threat of your favorite music going extinct was very real, because people might stop programming it on concerts. Today, the bigger threat is that you’ll be so overexposed to your favorite music that it won’t be special anymore. 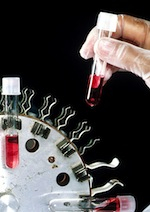 Okay, so at this point, lots of people who align themselves with experimental music are saying, “Who cares if it enters the mainstream? I was never going for mainstream acceptance in the first place.” The standard justification for experimentalism parallels the argument for trickle-down economics: although experimental music doesn’t directly influence the masses, it permeates musical culture as a whole and elements gradually get introduced, enriching everyone.

I’m going to call bullshit on this one. Sure, earlier incarnations of experimentalism did have an effect on mass aesthetics, one of the most oft-cited being Duke Ellington’s appropriation of impressionist harmonies. There are also a handful of more recent examples, such as Radiohead sampling Paul Lansky in their song “Idioteque”.

But these are exceptions. There’s very little evidence that modern experimentalism has impacted mass aesthetics in any way, there are only particular pieces of music (or samples thereof) that have served as exotic garnishes for preexisting aesthetics, like when club DJs use avant-garde samples in their dance mixes. If you wanted to point to a single source that had had the greatest impact on changing Western musical tastes, it would pretty obviously have to be the African-American tradition, not the experimental classical one.

Again, we can ask why this is. Great experimental breakthroughs in music ought to have some impact on our lives, since music is so important to virtually everyone. In science, after all, new advances eventually end up affecting society, even if the initial discovery is highly abstract and theoretical. But that’s because the ability of science to have a positive impact on my quality of life has no bearing on my capacity to comprehend it. I don’t know much about microprocessor engineering, but that’s okay because I can still derive benefit from microprocessors created by others. However, I derive no benefit from art that I can’t understand. If experimentalism takes the art outside of the comprehension of a portion of the population, then it stops having an impact for those people.

To add fuel to the fire, there’s no way to fix this. We like to put forward art education as a solution, but the reality is that people like what they like, even highly accomplished musicians. Some degree of palate expansion is possible, but beyond childhood, there isn’t much hope for increasing a person’s capacity to appreciate musical breadth, as neuroscience has discovered.

In other words, there’s a biological limit to what our collective brains can process, and its evolution is much slower than collective artistic evolution. The modernists of last century pushed experimentalism beyond the limits of the average human ear and brain, through theoretical advances, information processing, and music technology. So now aesthetic experimentalism has nowhere to go, and it probably has nothing new to contribute to art. 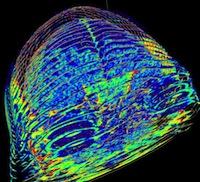 Biologically speaking, true musical experimentalism in the aesthetic sense is over. You can probably find some tangential corner to work in, but that’s really just cataloguing new methods of making sound. Since our capability to create musical complexity has moved beyond our capability to comprehend it, experimental musicians pretty much just have to wait for our brains to evolve. Music is “good enough” for most people, not because there’s no absolute value to anyone in pushing further, but because of the law of diminishing returns.

Does that mean we should stop trying to innovate? Of course not. Art, as I’ve argued repeatedly, is about transcendence. It’s a quasi-magical activity that gives people a sense that they’re part of something larger than themselves. And by definition, new things have a greater potential to blow one’s mind than the familiar. The aesthetic preferences of different groups and times will continue to shift, and these communities will want music that is “theirs.” That’s where the innovation will be, in matching a group with an aesthetic realization that they were missing. That’s also basically what hit songs are, and what famous ensembles and star performers provide.

This whole discussion does take us back to fundamental questions of philosophy though: the reason to create music is because people have always created music, just like the reason to have children is to propagate the species, so that your children can, well, propagate the species again! There’s no grander purpose. It’s just something that humans do and that we derive pleasure from.

Likewise, personal pleasure should be your motivation for experimenting with sound (if this is something you do). If you enjoy the process and the music you make, then great. It might lead you to other personal epiphanies with the potential to impact the world positively, in the arts or otherwise. A few other people might even be inspired by what you do. But let’s stop pretending that experimental practice today actually matters to art itself. It’s the compositional equivalent of backpacking through Europe, or learning to crochet, or taking up rock climbing. Experimentalism in its modern form is fundamentally an inward-facing process of musical discovery for the artist, whereas art is fundamentally an outward-facing expression of musical discovery for the audience.

Does classical music need fixing?
Is gentrification good for artists?
Classical concerts are great. Stop apologizing for them.
Composers Should Be More Like Chefs