I saw a meme on Facebook a while ago, the one with the fake greeting card and custom text: “‘Yay! It’s the weekend,’ said no composer, ever.” Funny yes, but completely wrong. Bravado aside, if you consistently work “weekends” (meaning, you don’t take planned days off on a weekly basis), your art will suffer.

Composers think they’re being tough by never taking structured breaks and working at any time of day or night. Sometimes they use the excuse that composition doesn’t pay very well to justify this type of constant working attitude. More often, they do it as a part of the mystique of being an artist: you are so driven and inspired that you have no desire to take weekends off, you’d rather be constantly immersed in the creative process.

Unfortunately, every profession makes the same kinds of bullshit excuses, from CEOs to stockpickers. Work productivity is an extremely well-studied field (due to its obvious applications), and we know this driven/inspired/hardcore approach doesn’t work. ` Since finishing grad school I’ve gradually gotten myself into the habit of taking weekends off, and in the process I’ve become a better artist. Slowly I’ve gotten to the point where I don’t feel guilty about days off, and I rarely make an exception to my schedule (it’s okay to work weekends sometimes, just not as a matter of habit). I actually get more musical work done now than I did in grad school, and I enjoy the rest of my life a lot more. 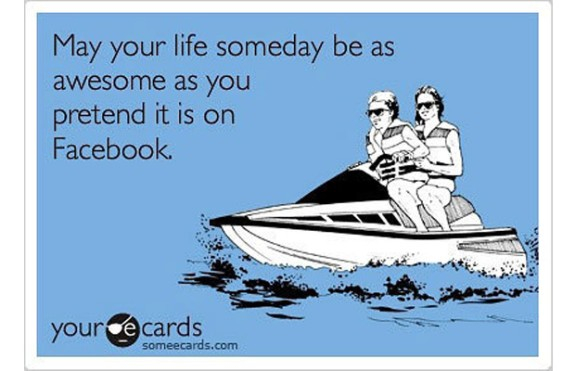 Economists have spilt a lot of ink on the paradox that productivity increases over the last few decades haven’t led to a lot more free time for most North Americans. In real terms, the IT revolution has doubled the productivity of the average worker in the United States, but real wages have gone stagnant or even decreased. On top of that, people are working longer hours, or they’re working from home when they’re technically “not working.” The causes and effects are complex and beyond the scope of this piece, but let’s just take this as a starting point.

What we know from productivity studies is that there is a tradeoff between hours worked, quality of work, and quantity of work completed. Some menial jobs can push the quantity limit because quality is not a factor, but there is an upper limit to that too. That upper limit is where we get the 40-hour workweek, designed by Henry Ford (no joke) to maximize productivity on his assembly lines. Prior to his studies, much longer workweeks were the norm, but he went to great length to make the 40-hour week standard. Why did he do this? He was no softie—Henry Ford was a cutthroat capitalist who could give a fuck about workers’ rights. He did it because it made him more money.

So we know that for non-creative work, like putting doors on a Model T, 40 hours per week gives the best tradeoff between output and quality that can be sustained over the long run. Later studies have suggested that for creative work, 35 hours is more or less the max (the quality/quantity tradeoff at work). You can go beyond this and cram on the short term, but you should avoid doing so regularly, because every hour crammed needs to be made up with a non-working hour later. Furthermore, the time you spend cramming is at decreased productivity—you may in fact end up in negative productivity if the sloppy work you do causes more work down the road because you didn’t do it right in the first place.

Many composers (and people in general) get into a cram work mentality. They think that the only way to be dedicated to their work is to push beyond optimal productivity, sort of like exercise. They work to exhaustion to meet deadlines, maybe getting some kind of rush in the process (or not), and then they crash. But unlike the post-workout crash, what should be recovery time is usually spent working too. As with exercise, however, if you don’t take time to rest you’ll stop making progress—you’re just draining your energy reserves and reducing your total output.

That right there is why everyone is “busy” nowadays. If they had simply stopped working before the point of exhaustion, they wouldn’t need as much downtime and they would meet all their deadlines sooner, with more energy to spare, and with less stress.

How Not to Work Weekends

As a composer, it takes willpower to keep yourself at (but not beyond) peak productivity, because your time is entirely self-directed. Further complicating things, we all believe we are that one exception to the rule, just like 95% of drivers think they are better than the average driver. Yes, everyone does have a slightly different capacity, but being unrealistic is just more likely to get you into a car accident (or burnt out and unhappy with your work). Very few people can work consistent 12-hour days with no measurable impact on productivity or health, and the only way to know if you’re one of those is to dial down your work schedule and see what happens to your productivity. Then you have to accept what you find and work around that, because the only way to increase your capacity for productive hours is the solution discovered by rock stars and high-powered lawyers.

You have to become confident (not pay lip service to) the idea that if you work less hours, you will get more done, and you have to be realistic about your limits. Not lazy—you still have to work—but objective about what you’re getting done. Then you start to reap the benefits, such as:

Enhanced mental clarity: I find it much easier to get into “flow”, and I have very little lag time. Because you have a set amount of time to do something in, you actually do it, instead of subconsciously procrastinating. You know you can’t make up the time on the weekend, so every moment becomes precious. As Chuck Close says, “Inspiration is for amateurs, the rest of us just show up and get to work.” Taking weekends off makes it easier to “just get to work”.

Time becomes more tangible: When you have X hours in the day and you know there are two days off coming up in which you can’t compose, your short-term goals become more realistic. Instead of just diving into a 40-minute orchestral score and freaking out until you get to the end, you measure your progress in smaller, week-sized steps. This makes the larger challenges seem more manageable, because you develop a sense for eyeballing work: “I can do this much this week,” or “I’m going to try to get to here by Friday.” Without a weekend, those milestones become meaningless and you find yourself much more stressed, which in turn hurts productivity.

More time: Paradoxically, taking weekends off gives you more time for everything. You’re getting more done, so once 5:00pm rolls around (or whenever you decide your workday is done), you can relax: cook dinner, go to a concert, grab a drink with friends, play with your kids, go for a workout, etc. Suddenly, you have time for all the things you used to put off because you had too much composing to do.

Happier: You’ve got to avoid the stereotyped “fitter, happier, more productive” definition of productivity that has been forced upon us by short-sighted corporate managers (and encapsulated by Radiohead). Productive does not mean more work done (quantity) at the expense of everything else (health, happiness, quality, longevity). Productive means getting the most out of your working hours, keeping in mind that you’re going to continue at this pace indefinitely without hurting your health. When you internalize this, there’s a lot more satisfaction to living, because you’re not setting yourself up for failure every day. Instead, you’re achieving what you thought you would and there’s momentum in your work life. Sure, there are always good days and bad, but truly finding personal productivity helps you appreciate your accomplishments; it puts the silver lining onto the clouds of life.

NB: You may find it ironic that this post was published on a Saturday morning. Rest assured, I write my blog articles during the week and schedule them to autopublish at the times people are most likely to be trolling Facebook.

Some reflections on transitioning out of being a "young composer"
Why Pastiche has Taken Over Music
Delay...ay....ay....ay......ay patch
Creating (and testing) a "prepared voice" patch in SuperCollider